The Wisdom of Donkeys - Finding Tranquility in a Chaotic World

“Can a donkey be a philosopher? Merrifield believes so and, with this modest, lovely little book, makes us believe so, too.”  - Booklist Andy Merrifield dreams became true: From a simple working-class family in a small suburb of England where he was often underestimated by his teachers he made it to America in the big city of his childhood dreams - New York. - As a venerable doctor he has taught human geography in some of the most appreciated universities and in the most well known journals his articles have been published ...anyway he was not really happy with his lifestyle. Then a journey with the donkey Gribouille changed his life. It was a important soul journey - and with his book "the wisdom of donkeys" he share this fantastic insights of the world and his much more meaningful life with us. While reading you can travel through the crumbling ruins and spectacular vistas of southern France’s Haute-Auvergne. Along the way the understated nobility of Gribouille, his humble donkey companion, allows you to confront yourself as well as to consider the larger mysteries of life. As Merrifield contemplates literature, science, truth, beauty, and the universality of nature amid the French countryside, Gribouille surprises him - and the reader of the book - with his subtle wisdom and is reminding again that enlightenment is all around us if we but seek it. So traveling with Gribouille and Merrifield we’re reminded of the exquisite benefits of nature, passive adventuring, and wild spaces.

Jim Crace, another famous author, said about "the wisdom of donkeys":

“This is Zen and the Art of Donkey Walking. I cannot imagine a more charming, informative, or restful book.”

BOOK REVIEWS from "The Wisdoms of Donkeys"

“Merrifield makes us feel the heat and dust of the road as well as the gentle breath of Gribouille on his shoulder as they walk. Whatever the ills of this world, it somehow begins to seem credible that a donkey can wash them away.” –  Christian Science Monitor

“Unless you read Andy Merrifield, you might never appreciate how interested you could be in donkeys.” –  Jim Crace

“Searching for silence after a life of noise, he hears rain, birds, insects, church bells, wind and owls -- some of these for the first time. 'I can't help thinking,' he notes at the end of his trip, 'that daydreams make us, that our little life is rounded with reverie rather than sleep.'” –  Los Angeles Times

“It is too seldom that the Spiritual Living section of LJ has an opportunity to read and review a real love story, but this is such a book... Highly recommended.” –  Library Journal

In The Wisdom of Donkeys: Finding Tranquility in a Chaotic World, author Andy Merrifield takes a page from the Slow Food movement and goes on a Slow Journey--walking with a donkey along the picturesque roads and trails of southern France. This delightful travelogue recounts his physical wanderings and his mental meanderings as he learns to slow down enough to experience bliss. - Body + Soul Magazine

It is too seldom that the Spiritual Living section of LJhas an opportunity to read and review a real love story, but this is such a book, the affecting and eloquent account of a man and a chocolate-colored donkey named Gribouille. Merrifield, author of important biocritical studies of Henri Lefebvre and Guy Debord, as well as Metromarxism: A Marxist Tale of the City, tells the tale of his wander through the Haute-Avergne in southern France, learning the ways of his patient, strong, and stubborn donkey companion, who gradually shows him that "real happiness comes in unforeseen places, through surprising twists and turns, through honesty." Highly recommended. - Graham Christian, Library Journal

In The Wisdom of Donkeys, Merrifield describes his serendipitous encounter with a herd of donkeys and their owner's encouragement of Merrifield's choosing one as a hiking companion... The author would suggest that the next time you find yourself in the willing company of one of the relatively privileged North American donkeys, you put nothing on it but your hand, and nothing heavier than your traveling companion - if that companion is a small child - and see what the donkey reveals of its soul. - Julie Dalton, Boston Globe

Merrifield makes us feel the heat and dust of the road as well as the gentle breath of Gribouille on his shoulder as they walk. The pace is slow and Gribouille is furry, silent, and endlessly comforting. Whatever the ills of this world, it somehow begins to seem credible that a donkey can wash them away. - Marjorie Kehe, Christian Science Monitor

This is a road-trip story with a twist. The former New Yorker takes a meditative journey through the French countryside with a borrowed donkey named Gribouille. You might wonder how serene this trip can be, considering the volume of a donkey's bray. But Merrifield convincingly waxes poetic: 'If you stand behind a donkey, their ears look like angel wings, flapping in the breeze, two flexible handlebars you can grip for taking off, for floating upward toward the heavens, up there, beyond the mountains.' Later, he writes, 'With Gribouille, my whole life has passed before me . . . I'm no longer the same person I was before embarking on this book, this trip.' - Carol McGraw, The Gazette

I felt long ago that the grown-up world isn't all it's cracked up to be, that I had to invent my own truths to get by." So Andy Merrifield, professor of geography, biographer of French philosophers, child of Liverpool, went looking for peace of mind. Inspired by Robert Louis Stevenson's 1879 book "Travels With a Donkey in the Cevennes," he decided to go walking. Key to this journey was a donkey, Gribouille (a variant of "doodle" or "scribble" in French). "Time slows down amid donkeys," the author writes. "In their company things happen quietly and methodically. It's hard to forget their innocent gaze. It's a calm that instills calm. Your mind wanders, you dream, you go elsewhere, yet somehow you remain very present." Heidegger, Schubert, Chesterton and others are companions on this journey. But Merrifield is looking for his own lost self as well: "Hitherto, I'd lived my life sort of vicariously, modeled myself on somebody else, a character in a book, a famous writer, a famous professor." Searching for silence after a life of noise, he hears rain, birds, insects, church bells, wind and owls -- some of these for the first time. "I can't help thinking," he notes at the end of his trip, "that daydreams make us, that our little life is rounded with reverie rather than sleep. - Susan Salter Reynolds, Los Angeles Times

Donkeys are misunderstood. At least, that's the impression left by Merrifield's gentle meditation on life, art, and the meaning of beauty, which crucially involves journeying through the hills of southern France and "daydreaming in the open air" with floppy-eared Gribouille's faithful companionship. Merrifield's donkey recalls another, more famous member of the breed, Robert Louis Stevenson's Modestine in his Travels with a Donkey in the Cévennes. Merrifield references Stevenson's travel classic often, also mentioning the work of other artists, including Cervantes, filmmaker Robert Bresson, G. K. Chesterton, George Orwell, and Anne Sexton, in which donkeys were important characters or the image of a donkey was an effective device. Even the Old and New Testaments and the Qur'an are cited. Watching donkeys graze in the middle of nowhere is, Merrifield concludes, a type of therapy. He discusses donkeys' habits and idiosyncracies, especially their distinctive braying, and insists that when you're with a donkey, time slows down. Can a donkey be a philosopher? Merrifield believes so and, with this modest, lovely little book, makes us believe so, too. - Booklist 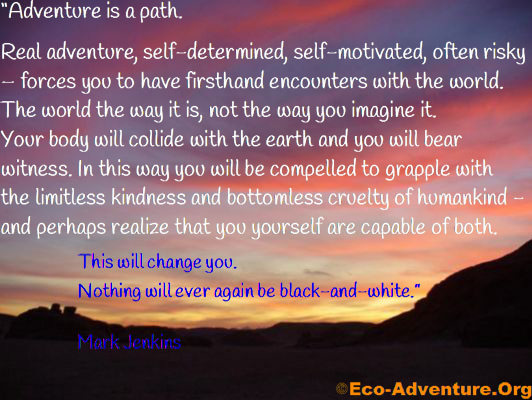 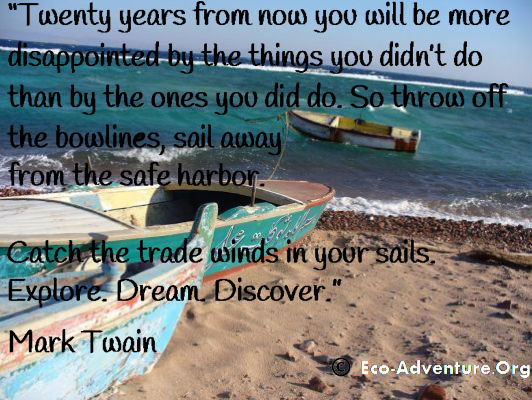 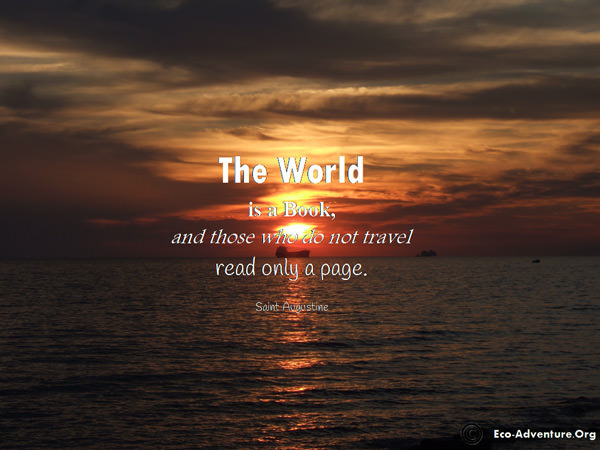 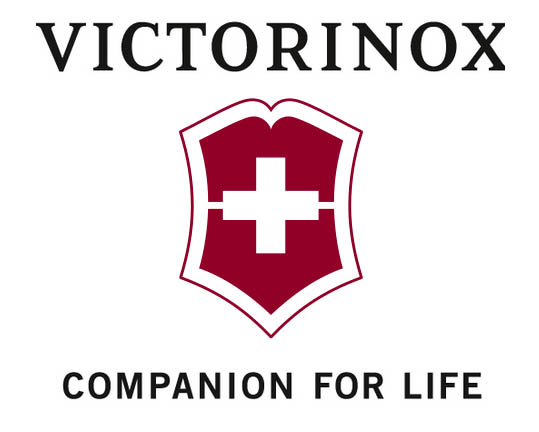 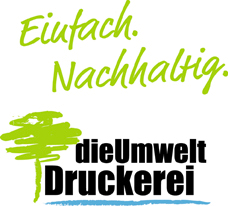 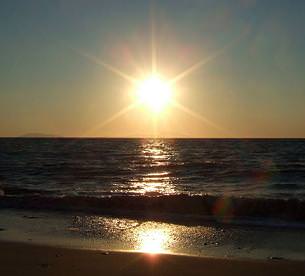 the way to find us 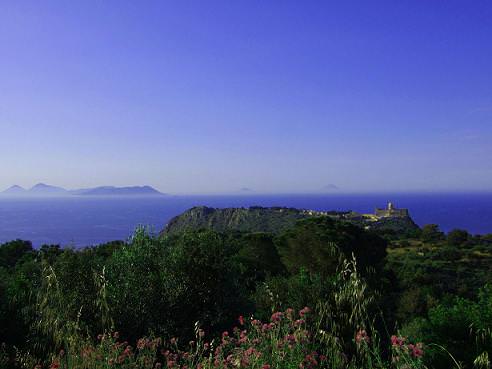 The Eco Adventure Hill you'll find in the middle of the greenest nature area of the sunny island - on the north side of Sicily - directly in the front of the *Aeolian Islands*.

The most common point of view below our Adventure Hil is *Tindari*, a very famous sanctuary. Underneath in Locanda there is one of the best locals, called "Pane e Vino", with all the cheese and sausages of the region, delicious barbecues and good house wines as well as weekly Sicilian live music.

From there a few hundred meters up you come to the small mountain village *Scala di Patti* with picturesque landscape - and just above there is our wild land, which you enter in the *Contrada Lupa* (the way of the wolves)... Direct link to the Adventure Hill on Google Maps.

More details how to arrive to the eco adventure base camp.